Arbuthnot's Grocery Museum is the brainchild of Jacqueline Arbuthnot, founder and curator. In 1955, Jacqueline's grandparents, Willie and Estelle Arbuthnot built and operated a neighborhood grocery store. The grocery store was one of the first African American owned stores nestled within the town of Woodville, Mississippi. The store served as a life line to many families throughout the region. As a result of the service rendered, Arbuthnot's Grocery and House was entered on the National Register of Historical Places on May 20, 2016 and incorporated in the state of Mississippi, August 2016. For years, the vision and idea to honor the service of my grandparents was being developed. Finally the idea became an intentional dream of restoring and recreating the store as a museum and park. A name was given to the dream and Arbuthnot's Grocery is now Arbuthnot Grocery Museum. The museum will preserve the past, define the present and educate our future. Our collection of artifacts will display evidence of humankind abroad and appeal to all ages and backgrounds. As you approach the quant town of Woodville and visit the museum grounds, you will experience and feel the atmosphere of love etched in history by this dynamic duo. 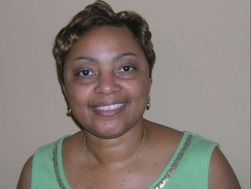 Jacqueline is the granddaughter of Estelle and daughter by adoption of Estelle and Willie.  She is a journalist and counselor by profession and earned a BA in Mass Communications and a Master of Science in Counseling Education. Jacqueline is a mother of two daughters and four grandchildren.
Donate to Preserve
Restoration is presently in motion and we are asking for your partnership and collaboration to reaffirm the community, inspire curiosity and stimulate learning. All monetary gifts are tax deductible and are required to offset start-up costs, building supplies, collecting artifacts and memorabilia and labor cost. Please help us return Arbuthnot's Grocery back to its full glory as an intricate part of American history. Make donations payable to Arbuthnot Grocery Museum, P. O. Box 2255 Woodville, Mississippi 39669
​